I’ve always wanted Greenville to be the most beautiful, livable, welcoming city in America.

We had a long way to go in 1995. Many of the key assets people enjoy now simply weren’t here. The Poinsett Hotel was boarded up. The Reedy River waterfall was covered by a four-lane highway. Downtown was a place you did not go. We had the Hyatt and the Peace Center, but nothing in between. We certainly never had any tourists. We weren’t on any “best of” lists. But we had so much potential.

I ran on a platform of livability. For me it started with the neighborhoods and four priorities: 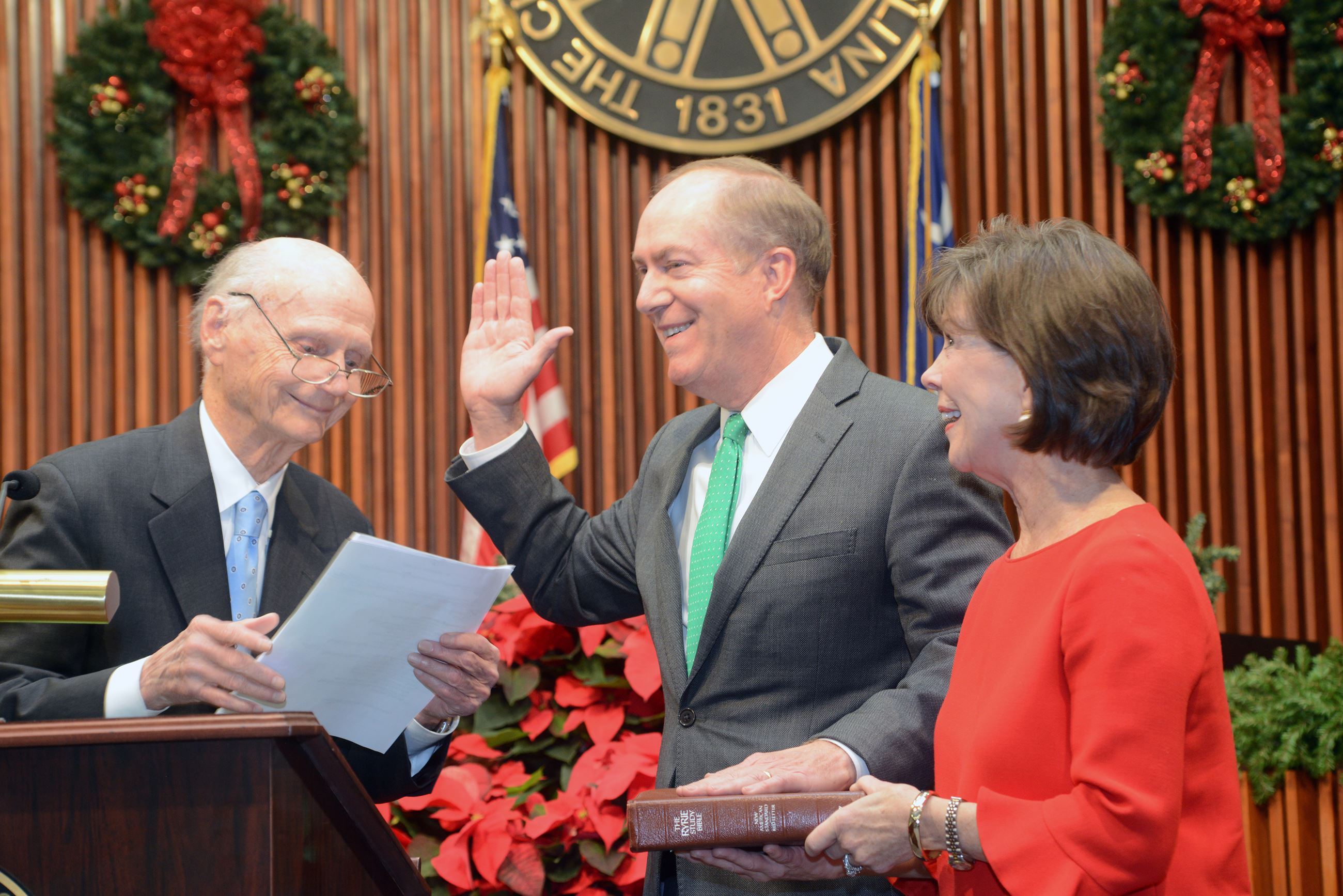 If I am proud of one thing it is that we have never turned back on that.

During a quarter century as Mayor I have carefully chosen just three photos for my office wall. They represent transformational projects. The Westin Poinsett. The Liberty Bridge. Fluor Field.

The Poinsett Hotel reopening after being closed for thirty years brought retail and restaurants to this end of Main Street. Removing the Camperdown Bridge and reclaiming the Reedy River falls gave Greenville an identity and a touchstone for the community. The public-private partnership to build a downtown ballpark spurred development of the West End none of us could have imagined.

I have space for a fourth photo. Unity Park. I can’t wait for our citizens to enjoy 60 acres of greenspace, restored sections of the Reedy, affordable living and a visitor’s center for community recreation opening in the Spring of 2022.

Thank you, Greenville for allowing me to lead, serve and shape the growth of my hometown.

White a member of the Greenville County Schools hall of fame

The mayor is a 1972 Greenville High School Graduate and a Greenville County Schools Hall of Fame inductee as part of the 2021 class.
Watch the district's video

How a South Carolina Park Plans to confront Its Racist History

Forbes, August 2018
Mayor White talks with Forbes magazine about the city’s plan to develop Unity Park, a $40 million park in an abandoned and once segregated part of the city.

Not All Forgotten American Cities Are Struggling

WXXI Public Radio, April 6, 2016
Mayor Knox White shared his insight into how river cities can be connected and vibrant during a visit to Rochester.
Listen to the interview

Around Carolina, August 11, 2015
Hidden for 40 years, the downtown Reedy River falls - and the park built around it - has changed the face of the area.
Watch the Around Carolina report

The Case for Strong Mayors

The Atlantic, April 2014
Atlantic writer James Fallows uses Mayor Knox White and Greenville as a case-in-point, showcasing the leadership that has made Greenville a jewel of the South.
View The Atlantic Magazine article